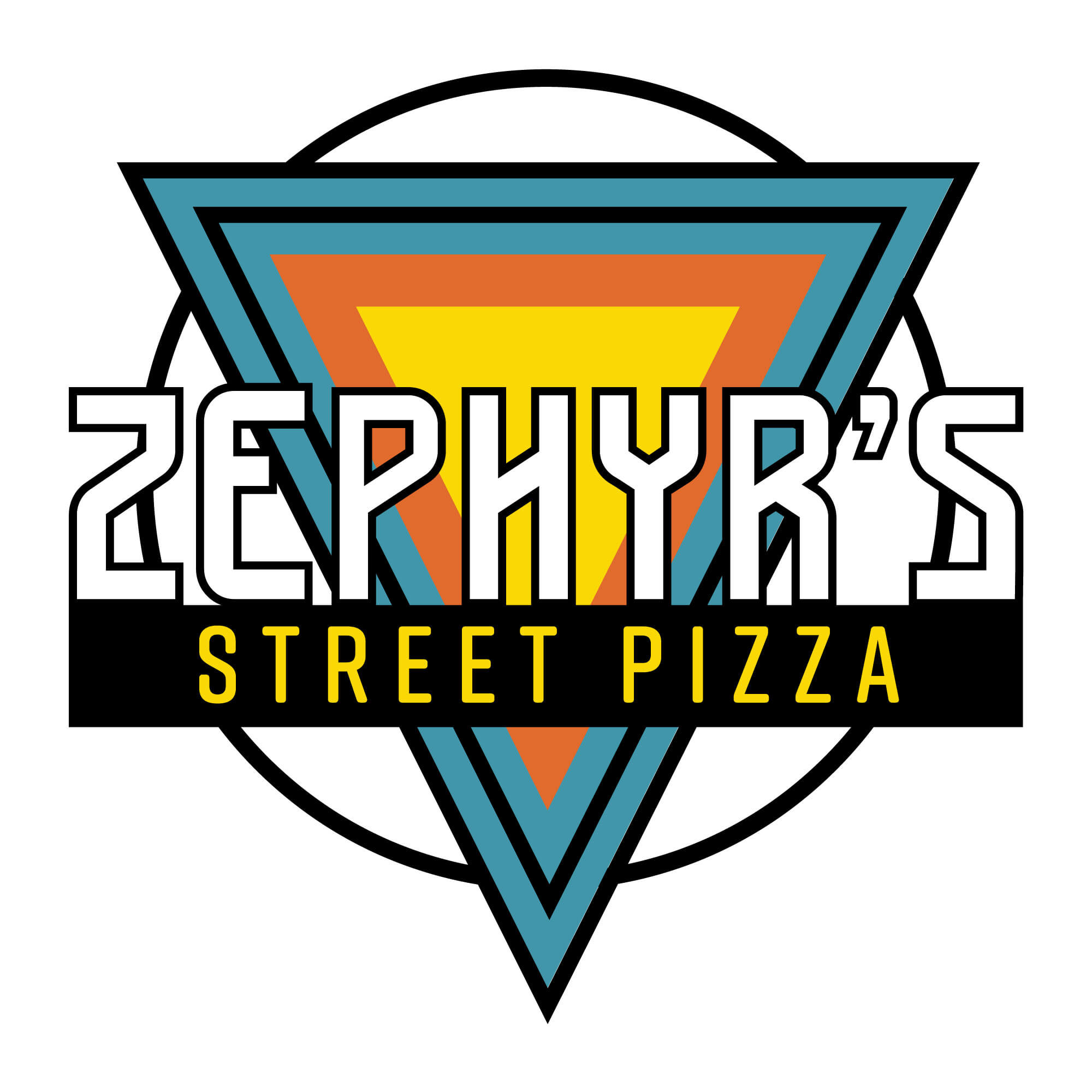 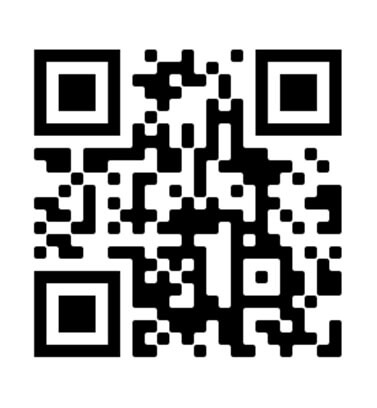 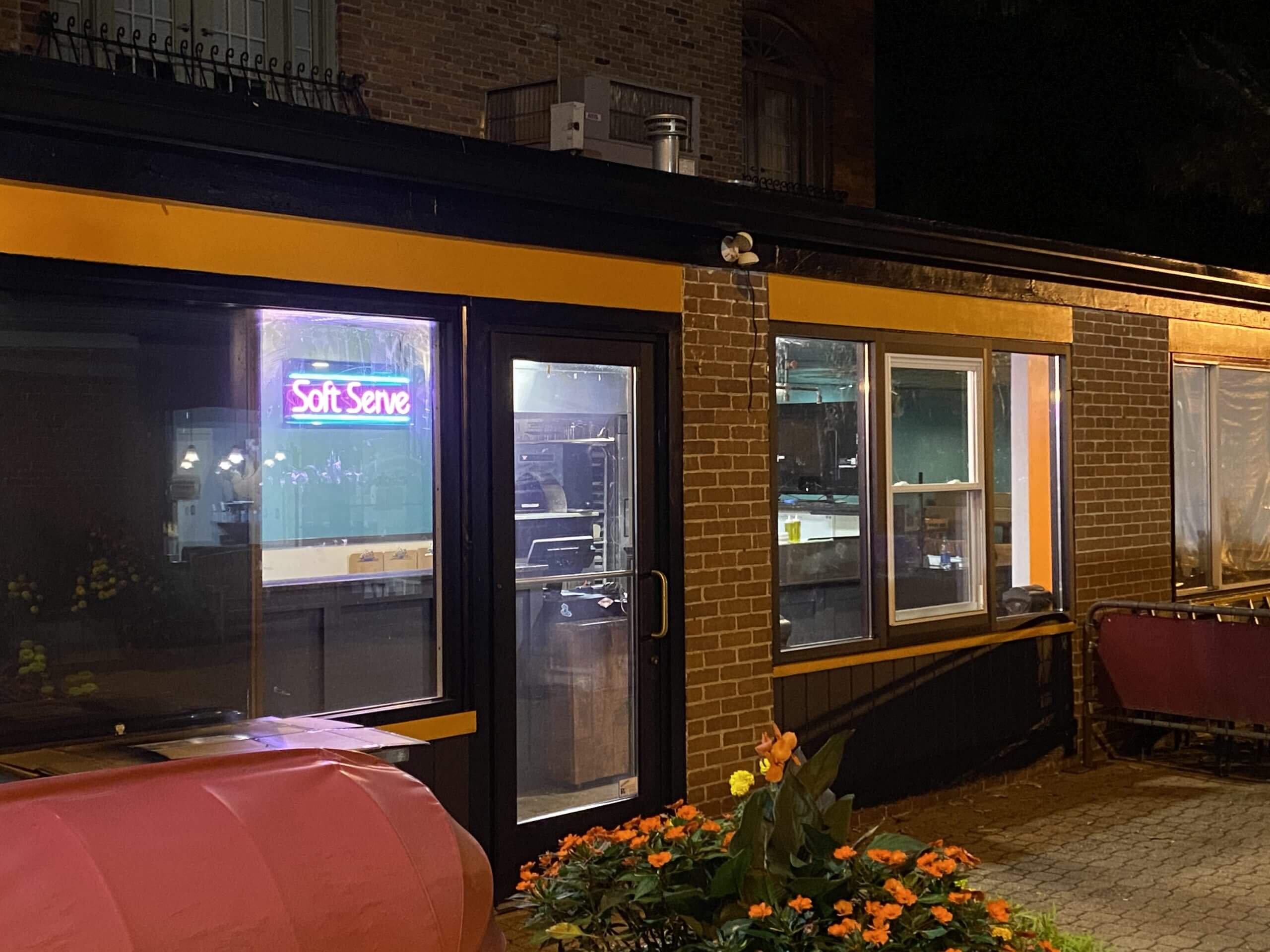 Zephyr’s Street Pizza is owned by Dante and Stephanie Cistulli. They first thought of doing something in this location in 2014. At that time Stephanie was a server at Backstage Pizza (a restaurant that previously occupied this location) and Dante, worked at Max’s Oyster Bar. A few years after they met, the space became available and the couple often fantasized about what they would do with the hidden gem. However, it just wasn’t the right time for them.

Dante had been given an amazing opportunity to become the chef and owner of Max Restaurant Group’s newest addition–Savoy Pizzeria and Craft Bar. Being a woodfire pizzeria, Savoy gave him a whole new outlook on cooking. That is where he fell in love with cooking with fire.  Dante recalls that “I found myself more interested in learning how to execute a perfect sunny side up egg at 800 degrees than to even be near the pizza line. It was the most amazing experience of my career.

It was no secret that Dante had a passion for pizza. Although his career has spanned many styles of cooking including a stint at Millwrights in Simsbury, CT. “I always wished I had my act together younger and went to culinary school. I believe those tools could have better helped me. Working with Tyler Anderson was the closest thing to it. French-influenced cuisine is super fun and cute too.”

It was no surprise to see Dante once again, in a pizzeria.  Having learned to make the dough and fresh pasta with his grandmother at the age of 5, he found it very natural to learn and perfect the craft of dough stretching very quickly. “My grandmother would take a chair from the dining room table and place it with the back facing the counter so I could reach and roll the pasta sheets. Those are some of my fondest memories of childhood and learning to cook” he shares.  The first hand-stretched pizza dough he would make in a restaurant would be at Naples Pizza in Farmington, CT in 2000. It was there where he worked with many childhood friends, Keith Vibert owner of Mondo Pizza in Middletown, CT, Dave Noad Owner of Camille’s in Tolland and Oakland Pizza in South Windsor CT, Jimmy D’Amicco owner of D’Amicco’s in Plainville CT., and met Doug Horn who he’d eventually reconnect within Doug’s San Antonio, Texas pizzeria, Dough Pizzeria Napoletana “it was pretty cool working with him at Naples while he learned the craft and then to later work for him and learn authentic Neapolitan style.” Before then he’d been doing pan-style pizza and of course -gramma-style. Little did owner, Kurt Kruczek, know, he was actually molding many restaurateurs during Dante’s years at Naples.

In early 2021, the space is formerly known as Backstage pizza–where Cistulli and his bride once fantasized of owning their very own little pizzeria—once again became available for sale. The couple was in the middle of a life transition and the timing was perfect. Given Dante’s life-long passion for extreme sports–mostly skateboarding–it seemed only fit to name the restaurant after their son, Zephyr.

“Create Culture, Be Consistent, and Always have fun”